Physiognomy of a Lie

Mathieu Larnaudie was born in 1977. He grew up in the Southwest of France and has lived in Bordeaux and in New York. He now divides his time between Paris and Berlin. Since 2004, he has co-edited the journal and press Inculte. He is also the editor of a collection on the theme of utopias, Le Répertoire des îles, published by Les éditions Burozoïque. His next book, Les Effondrés, takes as its basis the economic crisis we have been living under since 2008. The text that appears here is a partially adapted excerpt of this work, which was published in April 2010 by Les éditions Actes Sud. Larnaudie’s previous works include Habitations simultanées, Farrago/Léo Scheer, 2002; Pôle de Résidence momentanée, Les petits matins, 2007; Strangulation, Gallimard, 2008; La Constituante piratesque, Burozoïque, 2009.
PREV / NEXT   2 / 18
BACK TO CRISIS BOOK: AN A... 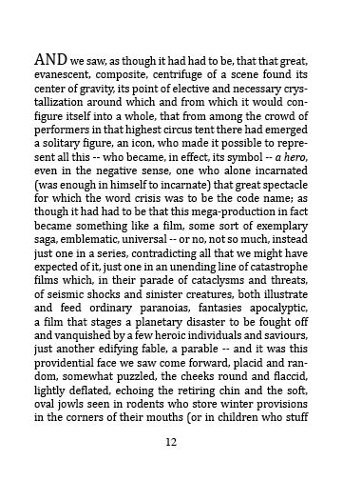