excerpt from the story "The Uranium Sea"

with sketches by Catherine Crowe

david tin mouth was eaten by a dog as a young man. since then he has spent his time trying to repair the breaks in his voice. a book of his poems, brasilia you, was put out by pas de chance press in 2004. this year he founded press press press, a small press based in Toronto. he has also just completed a book length study of Gertrude Stein’s Second World War writings. his east eats west eats east us thing will appear in print later this fall. www.davidtinmouth.com
PREV / NEXT   10 / 18
BACK TO CRISIS BOOK: AN A... 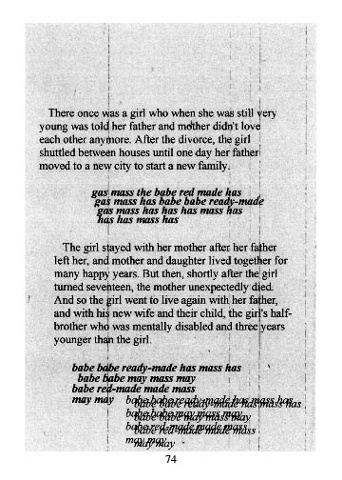